The first step, the actual NEROPATM Check, will in most cases lead to a higher share of female characters in a film.

After this, casting directors can diversify the cast further with specific proposals for actresses and actors and thus ensure visibility for underrepresented groups. In many cases they have been doing this for a long time. If the setting, the story and the characters permit, they can be as colourful and diverse as the world around us, as far as age, height, ethnicity, physical appearance, colour of skin, sexuality, (dis-)ability, accent / dialect and more go.

Auxiliary question: Does this character have to be white, young, good-looking, flawless and slim?

Three examples from the UK:

Age divides women and men on screen in at least two ways. Roles for women start decreasing from the age of 40, those for men at 55 (see NEROPA: Articles and Interviews). Furthermore, female roles are often cast a bit too young, we see the mother who is only 12 years older than her grown-up daughter. Or the old childhood acquaintance:

Having increased the number of female characters through the NEROPATM Check, the NEROPATM Finetunng provides the opportunity to further diversify the cast. 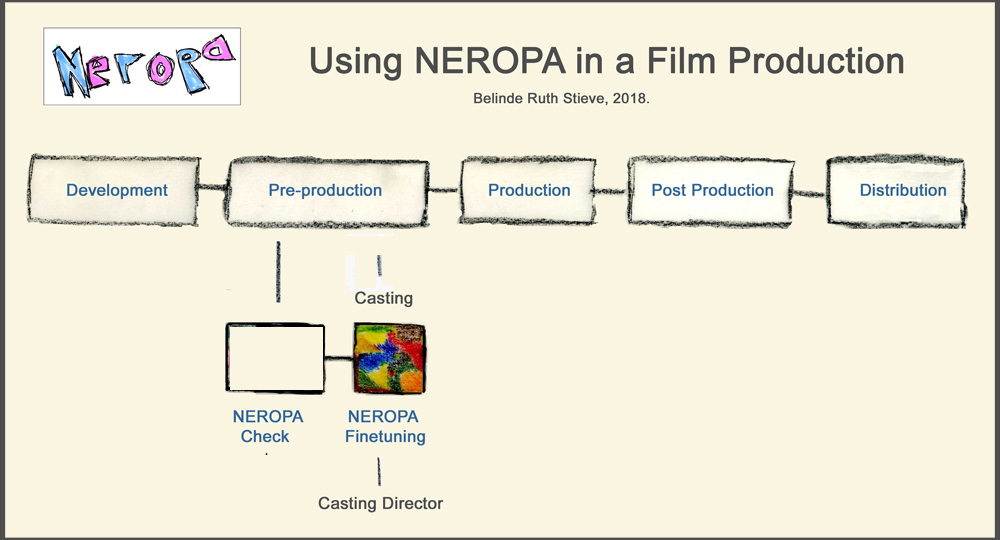